We’ve been waiting weeks and weeks to share this incredibly gorgeous diaper with you! It’s a detailed floral and paisley diaper in a stunning combination of aquas and pinks adorned with light grey delicate leaves and white flourishes. We’ve also hidden a few fluttering butterflies in this swirly, girly retailer exclusive Lalabye Baby print through Nurtured Family. 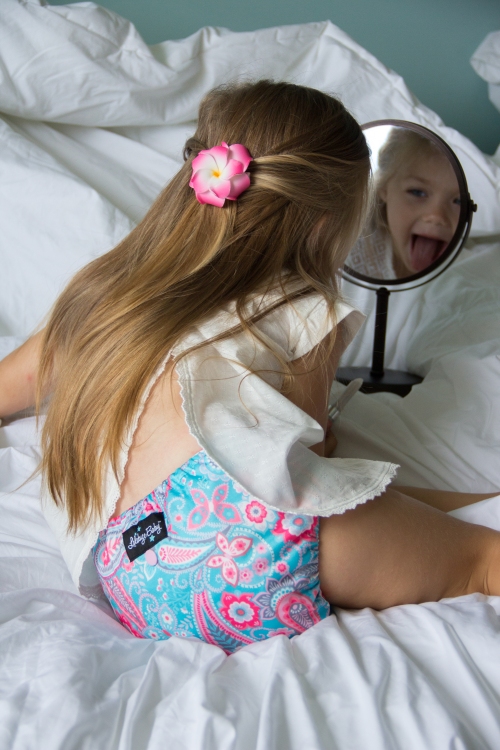 As we were preparing to release this print, Hurricane Harvey hit Houston where Nurtured Family not only does business but also calls home. The Ramos family, who own and run Nurtured Family delayed the release as floodwaters crept to their doorstep and overflowed throughout their home.

Elizabeth Ramos shared this personal story with her customers during the release delay:

“Many years ago, I was in a really dark place, and I found the symbolism of butterflies so very poignant. I originally wanted to sneak peek the butterflies Saturday, but we went with a different one … and then Sunday’s was drawn out until the next morning. So I am left to wonder at the timing: the reminder that trials produce endurance.”

The Ramos family had to evacuate their home during the storms, staying with neighbors until floodwaters receded. In their absence, their home sustained significant flood damage; approximately 2 feet of flood water invaded their home, requiring that half of their drywall and all flooring be removed for replacement, as well as most of their furniture and personal belongings.

They feel blessed that their family is safe and healthy, and they are thankful that the warehouse for their store was spared. If you feel called to contribute to their rebuilding process, donations are welcome at their Go Fund Me page here.

If you donate to the Ramos family’s recovery today September 6th from now until midnight tonight CST here at this link, your name will go into a raffle. Randomly selected winners from the raffle will receive a retired Lalabye Baby print diaper in the mail! Woo hoo!

Paisley is a pattern with an incredible history that has transcended many generations and cultures. Dating back to as early as 1700BC, the boteh (a Persian word for “shrub or cluster of leaves”) shapes in the Paisley pattern have been long sought after and celebrated by a myriad of cultures for various reasons, but its most prominent appearance was on woven shawls, many of which were made in Paisley, Scotland (hence the name).

The shawls were considered an article of clothing that showed status and good taste- as they were extremely popular in the 19th century. The print stayed in use, but it wasn’t until the late 1960s that the print came back with a bang during a revolutionary period in American culture that called for peace, love, and acceptance. Wearing Paisley was said to help encourage a spirit of multiculturalism; it was a statement piece!

Nurtured Family’s Pretty in Paisley is limited edition and everything you could want in a feminine print: botehs, flowers, and butterflies in aquas, pinks, and white!

Can you spy the different details in this print that you’ve seen previously in our other #SensationalSeason releases? It’s fun to search and find!

Local customers at 11 AM CST

Available ONLY at Nurtured Family while supplies last. 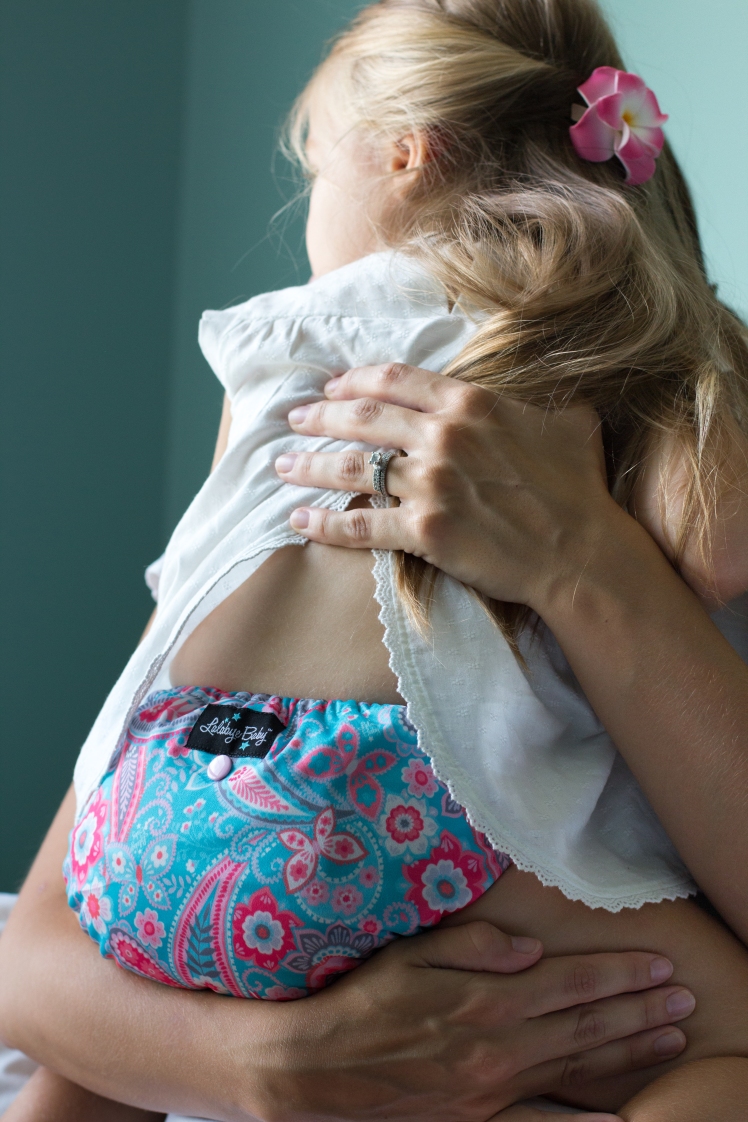 “I admire people who choose to shine even after all the storms they’ve been through.”

Happy #solidsaturday! You Are My Sunshine is the perfect yellow for warm summer days! ☀️💛
🦜Fly! Fly to LalabyeBaby.com and shop for Flock Together (Limited Edition) because it's now in stock!
On the fence if you need one of our new Lalapods? Check out these reviews from our customers! 🤩
🦜Did you catch our latest print reveal yesterday?
Who needs shorts when your diaper looks this cute?
🦜Introducing: Flock Together (Limited Edition)!